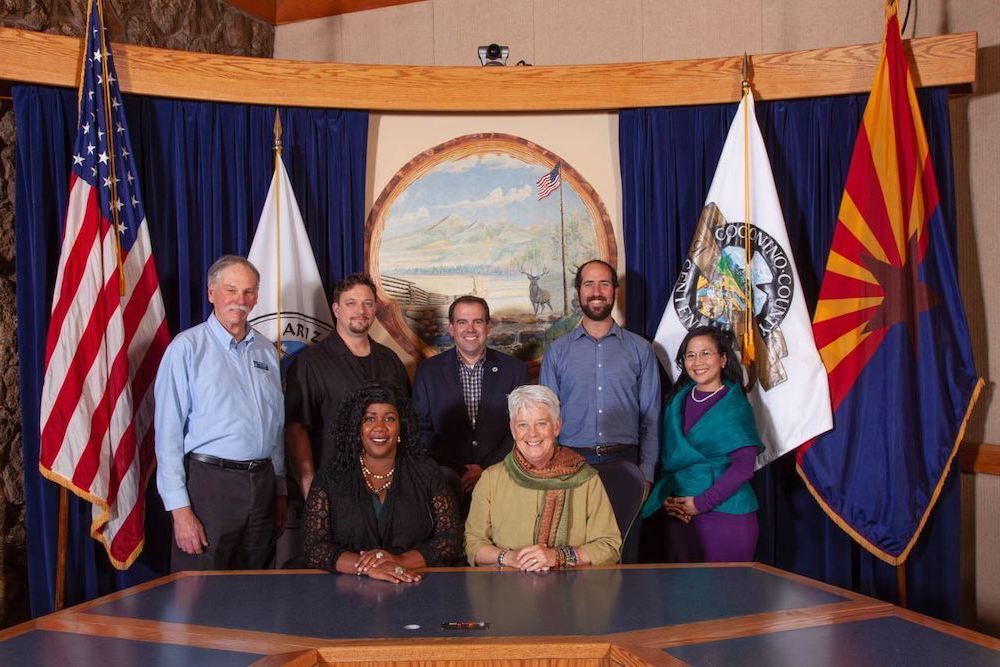 Flagstaff City Council is in overwhelming support of adding a housing bond measure to the upcoming ballot.

Other issues that the council is asking voters to approve bonds for include funding for new parks and recreation facilities, open space, forest restoration and pension liability.

The city's housing commission made three separate proposals, each depending on how much of the county's $61 million bonding funds went to housing. The largest proposal was for $30 million, and many on the city council said they were in support of allocating that much to the housing commission.

Vice-Mayor Adam Shimoni said he believes that a housing bond won't be a hard sell to the county's voters. In 2018, the affordable housing bond lost by 2%.

Councilmember Jim McCarthy expressed reservations about placing a housing bond on the ballot before addressing the issue of public safety pension plans. The city owes $111 million to the pension fund, and paying into it takes money from other areas. McCarthy was not in favor of bonding to solve the pension problem.

Councilmember Charlie Odegaard said the only way to pay down the pension fund is to ask voters to approve a new dedicated sales tax. He acknowledged that this would not sit so easily with voters.

“It’s going to be a heavy lift if we go down this road. We’re going to get a lot of pushback from the community, no question about it, but this year could be my last year on the city council,” Odegaard said. “It  could cost me an election, but it's ok, at least I said I tried.”

Want to get notified whenever we write about City of Flagstaff ?

Sign-up Next time we write about City of Flagstaff, we'll email you a link to the story. You may edit your settings or unsubscribe at any time.