Blackman to Run for Re-Election 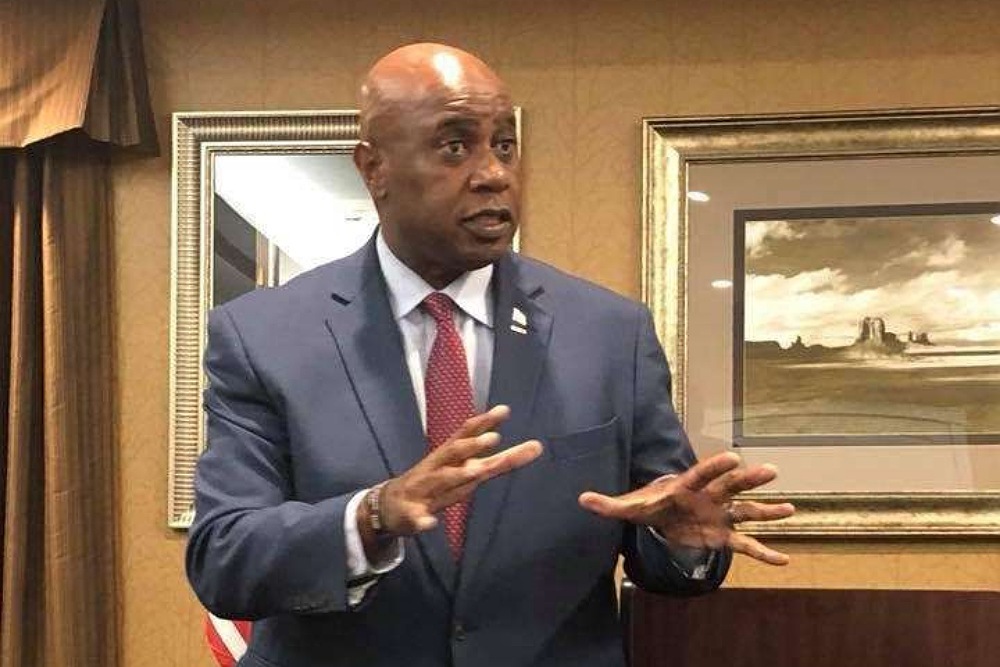 Representative Walt Blackman is running for reelection. Blackman is looking to build on his widely recognized accomplishments from the 54th legislative session in seeking a second term to represent the people of the sixth legislative district of Arizona.

Walt is a conservative that has a history of standing up for the right to life of all and adhering to guiding principles that ensure that all have the opportunity to succeed. His record not only includes conservative wins to secure our state’s fiscal future through protecting and strengthen small business, but has worked to devote resources to build the future of Arizona by increasing infrastructure investments while at the same time paying down state debt, and reducing tax rates.

“I’m extremely grateful to the people of the sixth district of Arizona in their support of this pro-growth, limited government work we accomplished in the previous year, but we’re not done yet. Not only have we worked towards a better way, but we’ve also reached across the aisle to invest priorities we all can agree on,” stated Blackman.

Walt is nationally recognized as a next generation legislator in Arizona as a part of the 2019 class of emerging national leaders by GOPAC for his efforts to not only promote legislation that protects life and demonstrates fiscal responsibility, but also for his leadership in prison reform, educational investment, health care simplification, and work to promote small businesses in our communities.

“When I came in, many people told me to not touch prison reform, to stay away from smart spending measures, that it wouldn’t work. I’m here to tell you we didn’t back down and I personally led efforts and got laws passed that make our lives better,” added Walt.

As a freshman legislator, Walt has secured several key wins on behalf of his constituents. These included introducing bills that passed into law adding to youth leadership opportunities like junior reserve officer training at local schools, ensuring public retirement systems are more solvent, and laws protecting the rights of sexual assault victims. These priorities represent not only Republican or Democrat priorities, but laws that will benefit all.

“We’re not done yet,” added Walt. “I’m running again and seeking the support of the constituents of the 6th district so we all can step it up, as I plan on working to create new revenue ideas that are pro-growth, without raising taxes. We’re going to work to improve existing gaming laws and contracts to ensure that indigenous and Native American communities have the ability to expand their operations and work towards more revenue sharing to benefit all.”

I’ll be working to change the nature of our state revenue system to better represent how people live and work in their daily lives. The current system we have now was for a generation long past, it’s outdated. We have to take steps for ours and our children’s future. We also need to continue work to make Arizona a recognized worldwide international trade powerhouse and our tax structure needs to reflect that. Finally, I’m not stopping on reforming our prison system into one that is less wantonly punitive and works to make contributing members of society.”

Walt, his wife Kristie and family have been residents of Snowflake for over a decade. After serving almost 22 years in the United States Army, Walt wanted to continue his service to the people of our state.

To support Walt, visit www.blackman4az.com and be sure to follow him for day to day updates on his Facebook page, Still Fighting For America — https://www.facebook.com/WaltBlackmanAZ/.

Original source can be found here.

Want to get notified whenever we write about Arizona Rep. Walter Blackman ?

Sign-up Next time we write about Arizona Rep. Walter Blackman, we'll email you a link to the story. You may edit your settings or unsubscribe at any time.